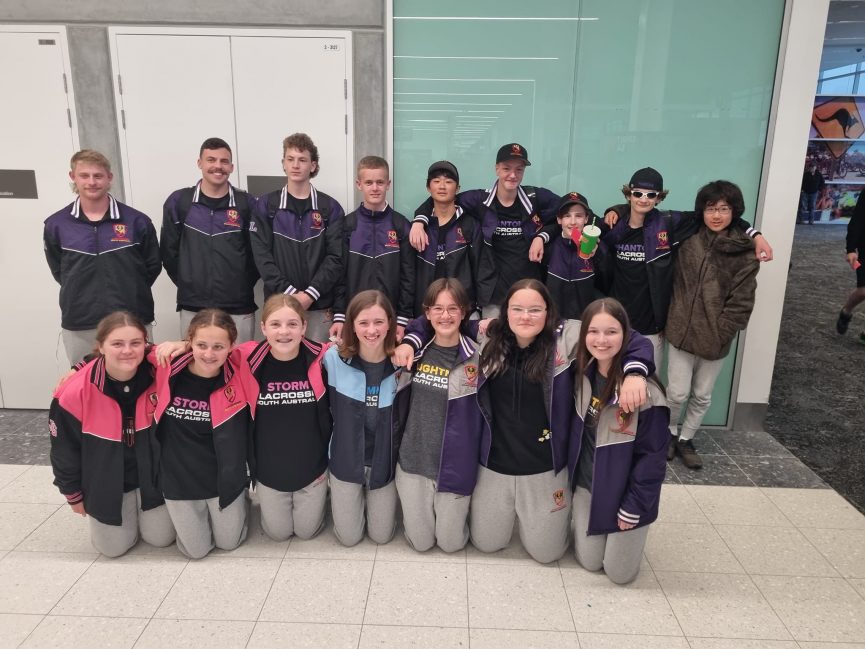 Sturt had a fantastic representation at the recent U15 Boys and Girls National Tournament.

Girls team Lightning featured Amelie Cook, Mackenzie Appleton and Ella Robjohns. The Lightning were in the tough Pool A where most games were close encounters. Lightning beat the tough Auckland outfit but ultimately finished at the bottom of the pool on goal difference.

This meant that they faced off against the Presidents team made up of alternate players from all over the country. They beat them comfortably on the last two days of the tournament.

Mackenzie featured consistently in the goal throwers and won the MVP in their final game of the week, while Ella and Amelie were consistently solid in defence. We are so proud of your efforts girls. Well done.

Another girls team, Storm were also in Pool A and had Devils Hannah Greenhalgh and Davina Rowland. Their biggest loss was by just 5 goals and they also lost to the top team in the Pool Fire (Vic) by just 1 goal. They did manage one win against SA’s Lightning on Day One.

On the final day they played off for seventh place against Auckland. Storm were in front all game but Auckland were just too good and finished strong. Storm ultimately lost by 2 goals.

Davina had a great tournament with plenty of clears from defence. Under 13, Hannah, was consistently on the scoreboard and was one of the top 10 goal scorers for the whole tournament. She also won MVP against the Lightning on Day 1. The whole club is super proud of you girls!

The Phantoms had 8 Devils representing the Double Blues.  Sonny Kernaghan, Shu Sakamoto, Josh Brogmus, Ethan Buttfield and Elliot Day played every game. James Lawrence had a nasty break of his collar bone against the Metro and missed out on the final game. The team was led by Sturt State League players Jack Zuvich and Ryle Kusterman.

The boys had a great tournament finishing 3rd after the minor round which meant they played Southern Crosse (Vic) in the 3v4 final. Unfortunately, illness (a few boys had gastro symptoms but could have also been heat stroke) and injury took hold before the game which made it difficult, particularly when one of those players was the goalie.

Elliot Day tried hard and earned himself the MVP for the final game joining Shu Sakamoto as an MVP Phantom. The boys lost the game 11 to 8.

The final team featuring Sturt reps was the Comets. Imogen Wilson and the Comets had a great tournament finishing undefeated in Pool B and reaching the Grand Final. The Comets had dominated all week with no-one coming close. Comfortably winning their semi, the GF should have been just a formality.

Streaking out to a 6-1 lead at quarter time, their NZ opponents Waikato slowly pegged them back to a 9 all game going into the last quarter. The Comets got a lead of 2 quickly in the 4thquarter, eventually extending the lead before Waikato fought back again! But Comets held on to win the game with a score of 14-12.

Immy played great all week and did herself proud. She scored a great goal earlier in the week and plenty of assists and is the only Blue Devil coming home with a Championship medal. Well done Immy. It must have been hard being the only Devil in the Comets team but you will have come out of the experience with some amazing new friendships!

The Sturt Lacrosse Club is unbelievably proud of you!