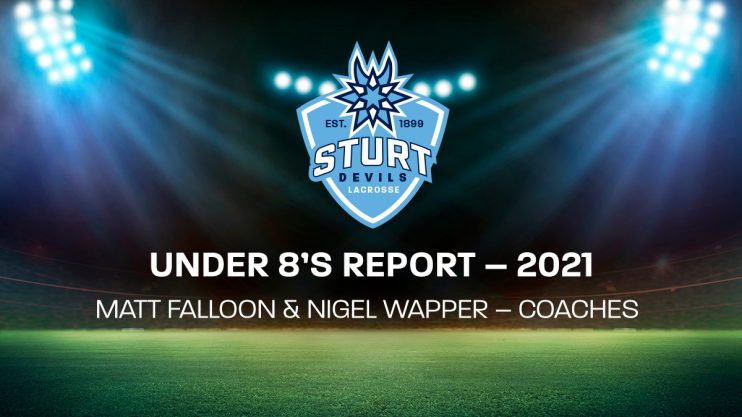 The Under 8’s report as tabled, presented and accepted at the AGM Sunday 7 November, 2021

We had an amazing group of U8’s this year with an all boy team, 6 of which have played together in previous years and one new player who fit in really well and took to lacrosse like a duck to water. We started the year well and didn’t take a step backwards. We tried to keep our trainings consistent with teaching the basics skills that are required for under 8’s and also mixing that with a lot of fun and making sure we kept the boys engaged which was sometimes the hardest part. It was great to see how far the boys had come this year and from previous seasons and we saw a few players really come out of their shells. Our passing became progressively better throughout the season and we began scoring goals from 2-3 and sometimes 4 passes. The boys  started to learn to read the play and we began to see a lot of intercepts down in defense. I couldn’t have been more proud of the way the boys played each week and the sportsmanship these young boys shower towards other teams that sometimes did behave the same way to us unfortunately.

The majority of the team will be moving up to U11’s next year, it will be great to see them move up to the next grade together. There isn’t much more that I can report other than it has been great coaching such and awesome group and I really look forward to watching them grow up and play together through the years. There is definitely some future lax superstars in this group.