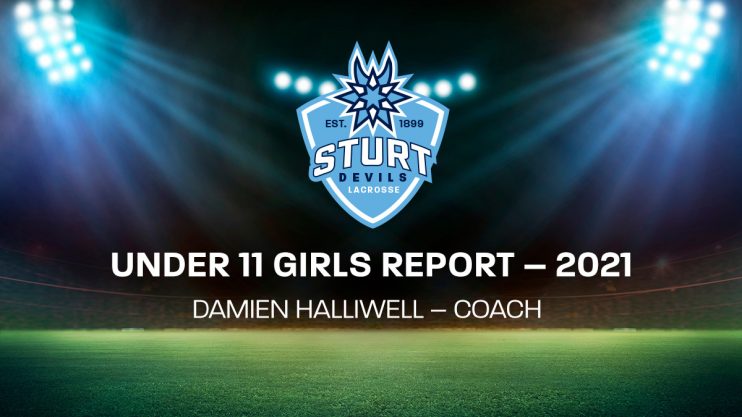 The Treasurer’s report as tabled, presented and accepted at the AGM Sunday 7 November, 2021

U11G had 9 players this season. 5 were 2nd year U11G including Ava Gibson, Bridget Wapper, Jessica Bauer (my stepdaughter), Ruby Kirby and Sara Day. 4/9 players did not play the previous year, Kiara Tuxford who chose to play up as the only U8 girl, Floss Parr whose sister plays U15s, Roisyne Kay a school friend of Bridget Wapper and Alice Hodges who was recruited from a school clinic.

My approach to training and games this year has always been with a focus on making sure the girls are enjoying participating in lacrosse, learning about fair play behaviours and growing as individuals and as a team.

In the spirit of the U11 competition, we managed games where we were dominating other teams by ensuring all players scored goals, taking extra passes and shooting with non-preferred hands. At training we concentrated on fundamentals of communication, catching and throwing whilst running, ground balls, moving to open up passing lanes to receive and dispose of the ball, playing 1v1 close defence as well as clearing/transition ball and setting up defensively and in attack and not crowding the in-goal area.

Throughout the season Ava, Ruby and Sara played a significant number of games for the U13 girls who had low numbers. This left U11s with no subs in certain games, but we used these opportunities to help the girls understand club culture and the need to help other teams when required.

I have volunteered to coach the girls in U13G next year but will require an official. We’re already playing in the U13 iLax competition at Westminster with Hannah Greenhalgh and my daughter Ella who will both be 2nd year U13s next year. I’m hoping Ella will join us from GLC in 2022.

It has been my absolute pleasure to coach the SLC U11G this year and I’d like to thank Dana Gibson my team manager and Stacey Appleton, Paul Scuteri, Peter Greenhalgh and Thomas Tuxford for their support throughout the year.