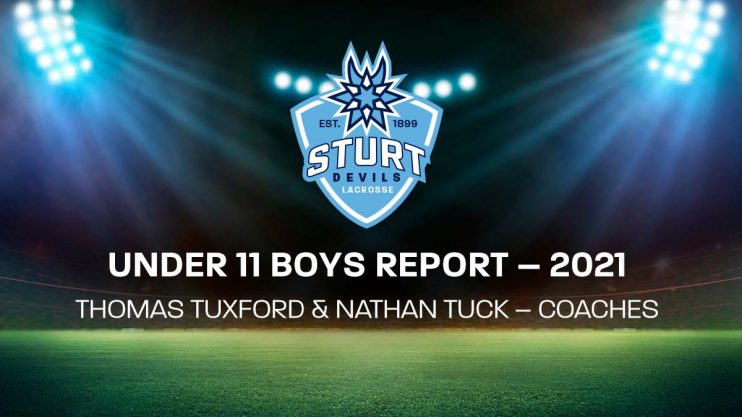 The Under 11 Boys’ report as tabled, presented and accepted at the AGM Sunday 7 November, 2021

We started the season with only 5 players registered, just enough to field a team. This is the total number of players the team had for the entire season.

They never stopped running, chasing or learning, they formed a great bond and friendship within one another throughout the season.

The kids adapted to two different coaches for the season very well and learnt a lot of different plays, techniques and skills from both coaches, which implemented into a game achieved great things.

Our players never once complained about the lack of players we had, nor the work load that had to put in. It was always smiles, determination and teamwork which got them through each week.

Although we didn’t win many games this season the growth within the players emotionally, physically, personally and skillfully was phenomenal. From scoring only a few goals from a few players at the beginning of the season, to having each and every one of our players scoring multiple goals toward the end of the season. Our defensive skills also starting out a little lost, then held teams to scoring less and less goals against us each week towards the end of the season.

Our club should be very proud of the players we are investing our time and knowledge in. These young players are one of the greatest assets to the club and will do wonderful things in the coming future.