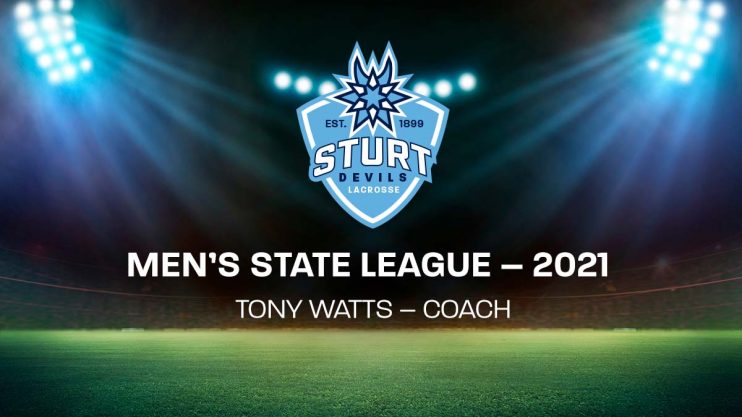 The men’s state league season started with a preseason that saw us away from the club for the first 4 weeks as we travelled to different locations to get some work in our legs as well as to create some team camaraderie.

At this point we new we were in for a season that would not look like any other we had experienced before with no home ground games and the potential of no home training venue.

We were very grateful for the Brighton lacrosse club who put there hand up to allow us to train at there venue early in the year and although the boys changed traditional training nights for new ones the feeling off the group was still one of pushing for a finals berth in 2021 which would be the first one at MSL since the 2006 season.

Eventually going back to a Sturt training ground and back to Tuesday/Thursdays we were still conscious that it would be a difficult year with playing all games away from home.

The playing group was not fazed by the thought of this and set out to achieve something some of them had never experienced and that was to play finals.

I would personally like to thank my assistant coaches Jarrod Pangrazzio and Chris De Melo for their time and effort in such a difficult year and also Peter Green and Dave Evans for their support in team management and scoring for the MSL.

A big thankyou also to one of our captains Jack Zuvich who took on the team stats on game day and I know he would have rather been playing but injury kept him out for the season but he did a great job.

Also a huge shout out to everyone on the committee and behind the scenes who make our job on the field easier, it doesn’t go unnoticed and we are thankful for all your efforts in what has been a very trying year for you all.

2022 is looking good with us getting back to a home base with facilities and with a couple of new faces to join the MSL group from other clubs we are looking to capitalize 2021 experience and go deeper in the finals in 2022.