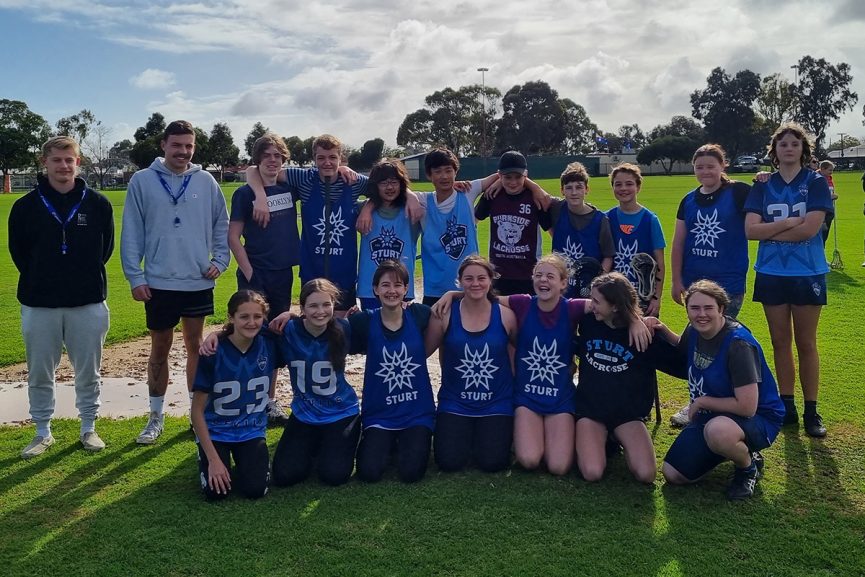 Sturt were well represented at the trials for the zone squad teams this week and displayed good skill and tenacity. 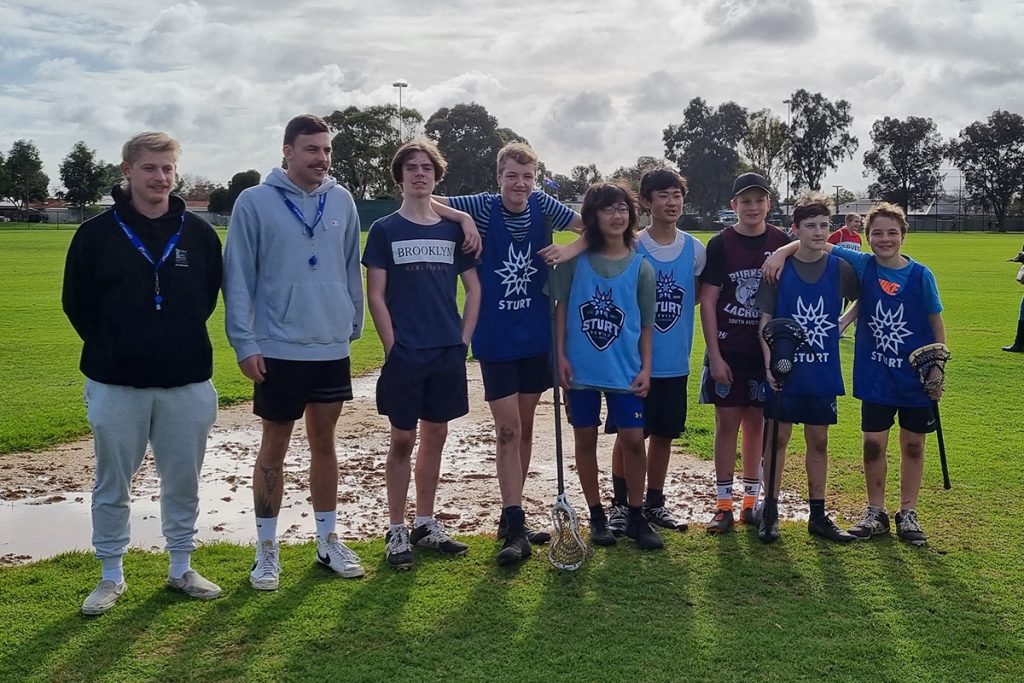 Ryle Kustermann (far left) with Jack Zuvich pictured with the Sturt representatives at the trials.

Jack Zuvich – who together with Ryle Kustermann – has been appointed as Stingrays coach reported “It was really exciting to see most of our under 15 boys come out for the trials and see so many Sturt players step out of their comfort zone and try out”. 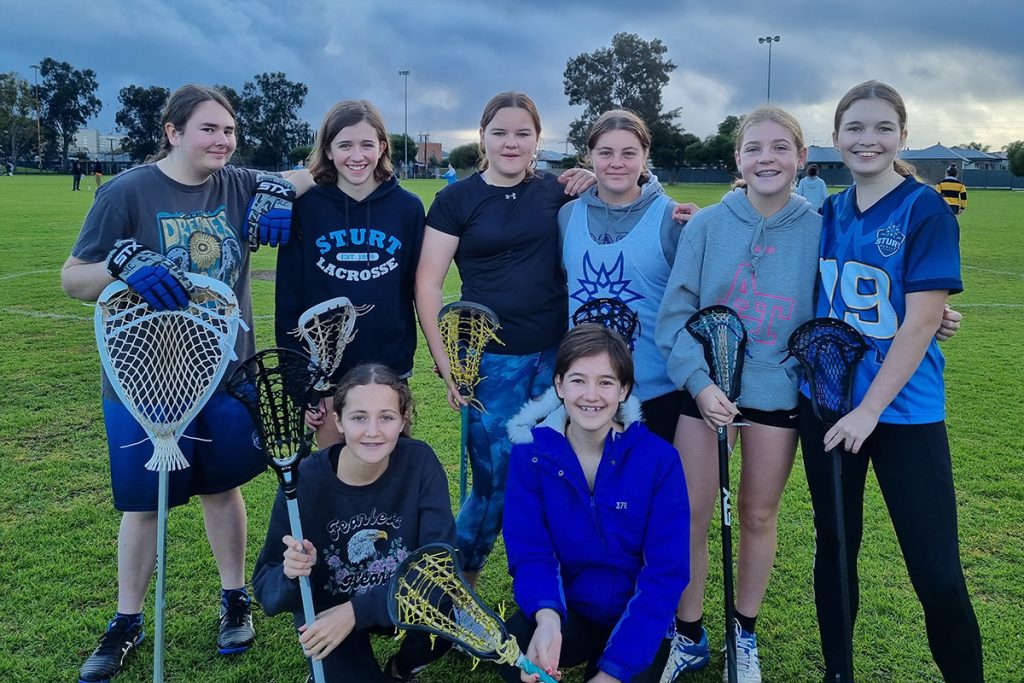 The Under 15 Girls Sturt players at the trials.

South Australia will be sending two boys teams and three girls teams to the competition to be held at Wembley Lacrosse Club in WA at the end of September.

We wish all the troops well for the remainder of the trials and look forward to a strong competition.