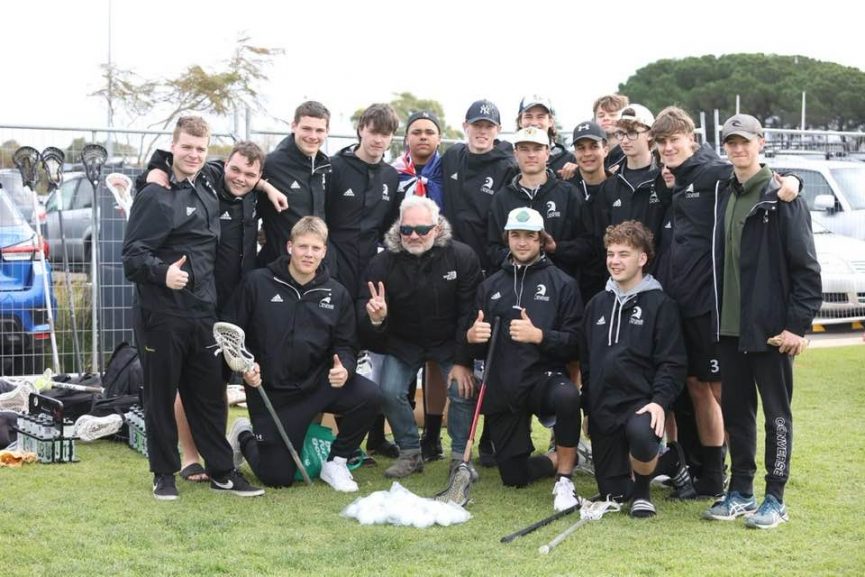 Sturt Devils have supported our Kiwi competitors by donating 6 packs of balls to the team.

After hearing the plight of the Kiwi team and the extreme prices they pay for new balls (up to $10 per ball!), Paul Kernaghan has coordinated a donation of the balls on behalf our club.

“The boys eyes lit up when they saw the balls,” recounted PK “… it was like we were handing them a pot of gold!”

The New Zealand team were a formidable talent and really tested the Australian representative teams in every encounter.

“If donating a few balls can grow the game and foster good relations with the teams then it’s something we shouldn’t hesitate to do” said Devils president Mike Ewer.

(Pictured above, Paul Kernaghan with the New Zealand under 18 team members)