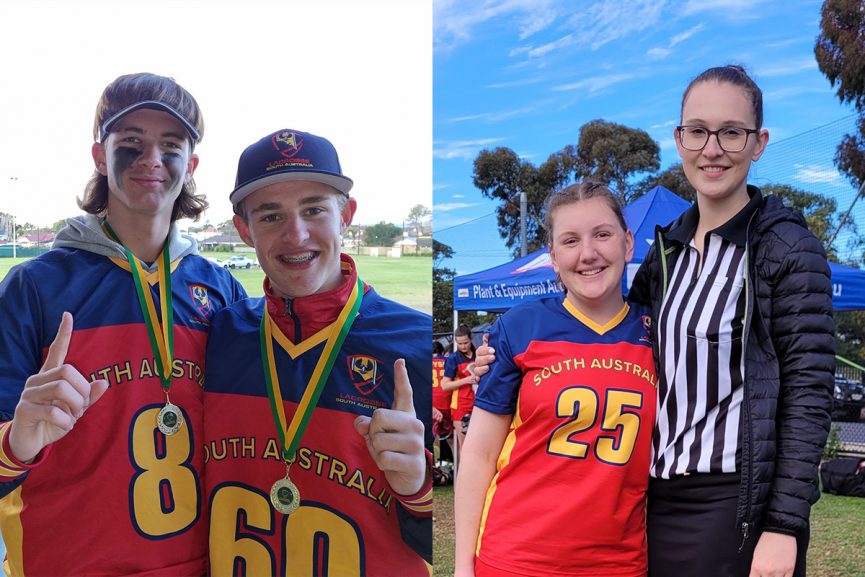 Sturt was well represented as players and officials and performed outstandingly.

Amy Millbank was our sole female player representative and did us proud as their team came agonisingly close to taking out the final losing to Victoria 8-6. Tamryn Aufderheide donned the black and white as our nationally accredited referee for the tournament.

The SA Boys took out the title against a tough WA team in a thrilling match. James How, Ewen Lauck and Orlando Kernaghan playing key roles in our attack line. We congratulate them, as well as recognise the work and support that Tai Sakamoto and Mitch Timberlake provided throughout the training campaign and the tournament.

It was great to see so many Sturt members on the sidelines rallying behind our troops. As a club, we should be extraordinarily proud.